The Messiah Is Light and Power 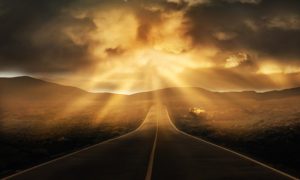 Decree of Balaam son of Beor,
decree of the man with 20/20 vision,
Decree of the man who hears godly speech,
who knows what’s going on with the High God,
Who sees what The Strong God reveals,
who bows in worship and sees what’s real.

Balaam—that ancient, pagan prophet who fell to his knees before the presence of God and thus was prevented from seeing anything around him before having his eyes uncovered in a vision of God Almighty:

I see him, but not right now,

I perceive him, but not right here;

A star from Jacob

He described himself as “the man with 20/20 vision,” as if his previous life was lived in a religious fog and mist.  Then suddenly the mist dispersed, and in the clear light of day he saw God’s purposes.  What he saw in his vision was the Messiah, the Christ, God in human flesh working out his salvation in the stuff of history.  His vision was still over a thousand years before the actual event, yet it was seen clearly.  Looking down the long vistas of history, remote yet cleanly outlined against the horizon, he saw what God would finally do.

In a vision, Balaam was shown symbols of light and power, pointing to the coming Messiah.  How has Jesus appeared in your life as a presence of light an/or power?