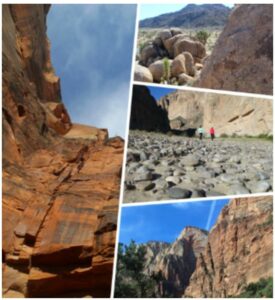 Psalms 61: 1-4
Hear my cry, God;
Give Your attention to my prayer.
2 From the end of the earth I call to You when my heart is faint;
Lead me to the rock that is higher than I.
3 For You have been a refuge for me,
A tower of strength against the enemy.
4 Let me [a]dwell in Your tent forever;
Let me take refuge in the shelter of Your wings. Selah
— NASB

I grew up in a mill town in the piedmont of North Carolina. We did not
exactly live in a “let’s get together and have coffee” neighborhood. It
wasn’t that I grew up afraid; it was Oak Avenue, not Elm Street. It just
wasn’t the close-knit neighborhood where you wandered in and out of
each other’s homes. The unmarried son of the elderly woman across the
street suffered from an unspoken “war” malady, and the woman next to
them had an inordinate number of male visitors that all of the adults
whispered about. The only other kids on our street lived with their
grandparents whose money and clout were the reason the adolescent boy
in the family was not already in “Juvy.” I could go on, but you would think
I was making it up.
Like most mill towns of that era, there were no nearby parks nor roads for
us to safely ride a bike. However, up the street, under a small copse of
trees, was a grouping of rocks that were large enough to climb upon and
think. I remember that up-cropping as a lovely place of respite.
While driving through the desert, I was always drawn to the rocks, all
kinds of rock. There were huge ones, piles of them, and those that
covered the paths and riverbeds. They were red, brown, black, and even
some that looked pale green with lichen.
The rocks provided a place to stand and gaze out over valleys. The pathrocks made walking an exercise in concentration and the water-smoothed
ones shone in the winter sunshine. Rocks were a testament to the desert’s
ancient history.
There was a permanence and majesty to the sedimentary, metamorphic,
and igneous rocks. Their formations were a mystery. How did those rocks
come to look like a huge mound of marbles of which some had rolled out
on the desert floor? How many eons did it take to create that rainbow of
sedimentary rocks? How many gallons of water had to flow over that rock
to make it as smooth as glass? And through all of my questions, I heard
God say,
“I was here for it all”.
The presence of the rocks triggered a barrage of songs,
“Rock of ages,
cleft for me” and the “Wise man built his house upon the rock.” It was,
however, Ray Steven’s version of “Take Me to That Rock” from his 1970’s
gospel album, which played on my turntable for months, that persistently
rang in my head.
Why Don’t You Lead Me To That Rock Lyrics
Why don’t you lead me to that Rock
That is higher than I (that is higher)
Oh lead me to that Rock (to that Rock)
Yes Lord lead me (to that Rock)
Why don’t you lead me to that Rock (to that Rock)
That is higher than I
His love has been a shelter for me (has been a shelter for me)
If you’ll go into the wilderness
Where dying ones are lost (my brother)
His love has been a shelter for me (oh yes my brother it has)
You will find Him there to heal and bless
No matter what the cost (my brother)
His love has been a shelter for me
Why don’t you lead me to that Rock
(Oh yes why don’t you lead me)
That is higher than I (lead me to that Rock)
On my trip, I was not sure why I went to the desert, and I am definitely not sure why
I stayed so long. I believe my journey through the wilderness was to remind me of
God’s unyielding and all-encompassing love for me. Ironically, in so doing, I was
reminded of His love for us all. I found Him there, but He had known where I was all
along.
The small grouping of rocks on Oak Avenue was a good place for me to rest and
reflect as a child, but as a wounded and jaded grown-up, I needed a higher rock.
One that reminded me that there was something much bigger than I and that I was
not alone. We are not alone, not one of us. God’s love is higher and greater than we
allow ourselves to imagine.

Prayer:
My God and my Redeemer; my Rock and my Salvation, lead me to a rock that is
Higher than I am. May I see the majesty of your creation and be reminded that
within that beauty is a promise of Your love for me, Your love for each and every
one of us. Amen